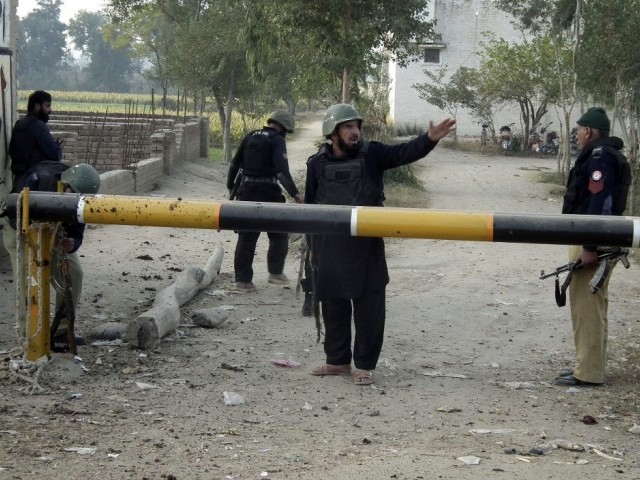 BANNU: Two police officers were injured as terrorists rammed an explosive-laden car at Bannu’s Mandan Police Station.
According to initial reports, the attackers rammed the car filled with explosives at the main gate of the police station due to which some portions of the building was demolished.
Intense firing was also reported in the area following the attack.
The windows of the buildings located near the police station also shattered by the intensity of the explosion whereas the electricity also went off after the power lines were also affected in the attack.
Two policemen were recovered from the rubble and shifted to District Headquarters Hospital (DHQ) Bannu for treatment.
Rescue teams faced problems in performing their duties due to non-availability of electricity in the area.
An injured police officer told that a red-coloured Suzuki Mehran was used in the attack.
He added, “When the vehicle crossed the roadblock at such a high speed, we realized that this was dangerous. When we lit the torch, the terrorist blew his vehicle up.”