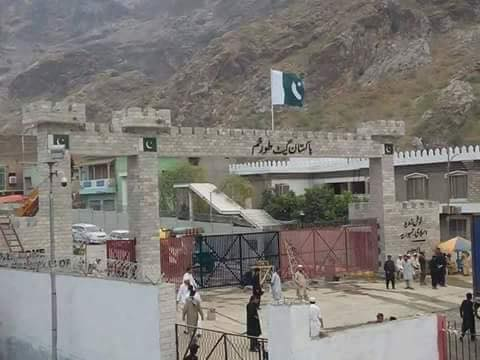 ISLAMABAD: Foreign Office (FO) confirmed on Wednesday that two rockets fired from the Afghan side of border landed in Pakistan’s area today (Wednesday), however, no casualty or damage was reported.
The FO spokesperson Aisha Farooqui said Torkham border has been closed in view of security concerns, whereas, Pakistan has raised to matter with senior Afghan officials regarding the cross-border rocket attack. She added that Torkham border is temporarily closed for travelling which would be reopened soon.
According to sources, a mortar explosive shell fired from an unidentified location from Afghanistan side exploded at a rain stream in Khyber district near Torkham border. However, no casualty was made in the incident.
Later, Attaullah Khogyani, the Nangarhar governor’s spokesman said that the Torkham border crossing has reopened for travelers on foot, and it will reopen for vehicles in “several hours,”. He said that the crossing was shut down for 10 hours by Pakistan.