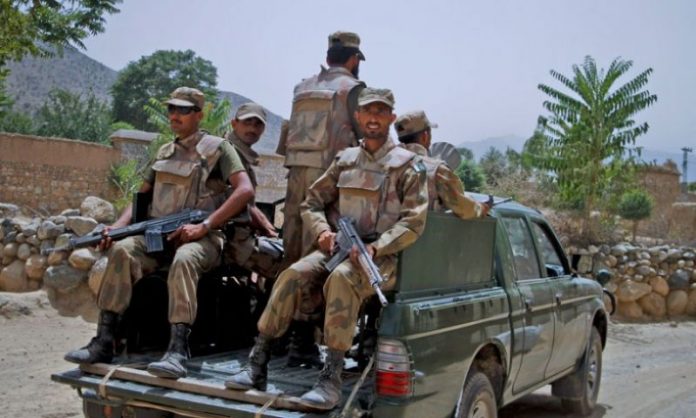 BANNU: At least two security personnel sustained severe injuries in a remote controlled bomb blast targeting security forces vehicle in Jani Khel area of Bannu here on Thursday.
According to details, the security vehicle was attacked in Bannu, when personnel were on patrolling.
Two personnel sustained severe injuries in the attack. The injured were rushed to the CMH hospital for treatment, whereas security forces have cordoned off the area and initiated operation.