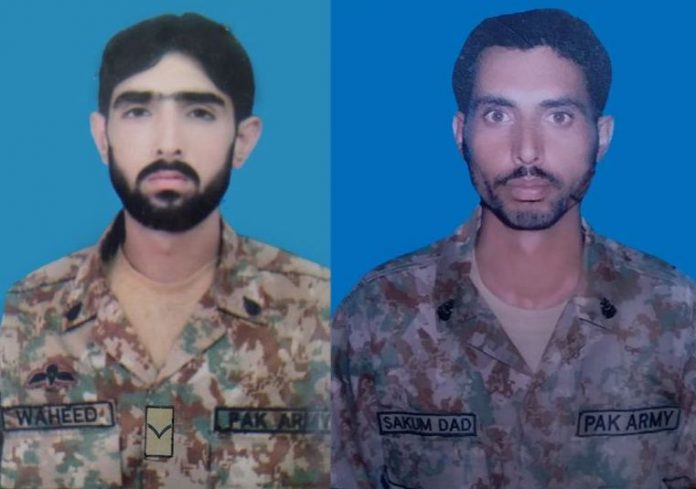 PESHAWAR: Two soldiers were martyred and nine terrorists were killed in an operation in North Waziristan’s Dosali and Khesora areas Saturday night, the military’s media wing said.
According to the ISPR, the martyred soldiers have been identified as 43-year-old Hawaldar Abdul Waleed and 33-year-old Sepoy Sukumb Dad. They hailed from Abbottabad and Muzaffarabad respectively.
Five other soldiers were also injured during the operation. The army has cordoned off the area. A terrorist has been arrested.
The military’s media wing said that the operation was conducted on the information of the terrorists’ presence in the area.
It added that the soldiers found weapons and explosive material during the clearing operation.