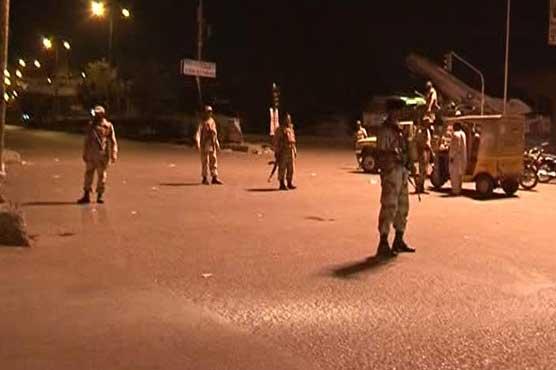 QUETTA:  The security forces arrested two alleged terrorists during an operation in Quetta’s area of Goharabad in Sunday’s wee hours .
The operation was jointly carried out by Frontier Corps (FC) and police in Sariab area of Goharabad.
The security forces seized firearms from the arrested extremists.
According to the security sources, the terrorists are involved in numerous targeted killings and bombings in Quetta.
Both of them have been shifted to an undisclosed location for interrogations.