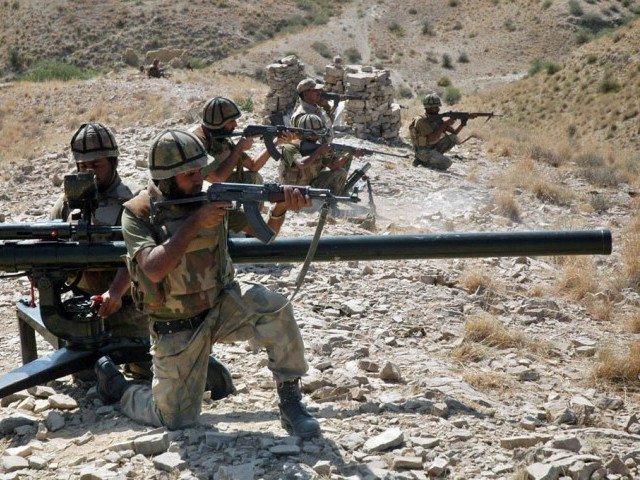 RAWALPINDI: Pakistan security forces killed two suicide bombers as they repulsed terrorist attack on a border post in Khyber Agency, Inter Services Public Relations said.
According to ISPR, the military’s media wing, here Friday, the terrorists including two suicide bombers from across the border attempted fire raid and targeted Misthara post, 2 kilometers North West of Jarobi on Pak-Afg Border .
The Pakistan security forces killed both suicide bombers, it said and added that two soldiers got injured in exchange of fire with terrorists.
Meanwhile, in a joint Intelligence Based Operation, Punjab Rangers along with police and intelligence agencies busted two gangs of terrorists’ facilitator that include two women in DG Khan. 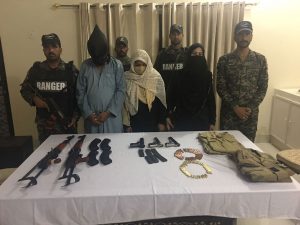 Huge quantity of illegal automatic weapons, ammunition and LEAs uniforms were recovered from these gangs.
The weapons and ammo were being transported for terrorist activities in major cities of Punjab and Sindh, the ISPR said.