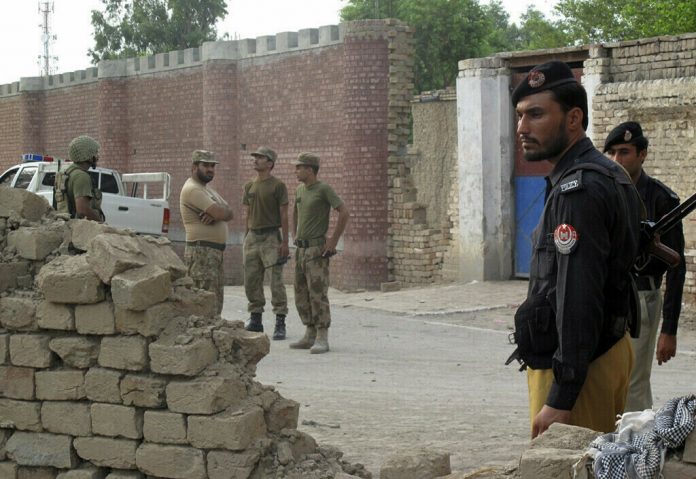 DIKHAN: At least two suspected terrorists were killed in a search operation in Dera Ismail Khan on Wednesday.

According to the police, a police van on patrolling duty in Kalachi area of DI Khan was partially damage after an improvised explosive device planted by the terrorists went off on Wednesday. A policeman was also injured in the blast.

Soon after the incident, the police along with other security forces started a search operation in Kari Malang area to apprehend the suspects involved in the attack.

When the terrorists saw the law enforcers, they opened fire on them, the police said.

In the exchange of fire, two suspected terrorists were killed, the police said.

Those killed in the exchange of fire have been identified as Abdul Rehman s/o Shah Jahan and Mir Zaman s/o Sher Zaman. They belonged to a proscribed organization.