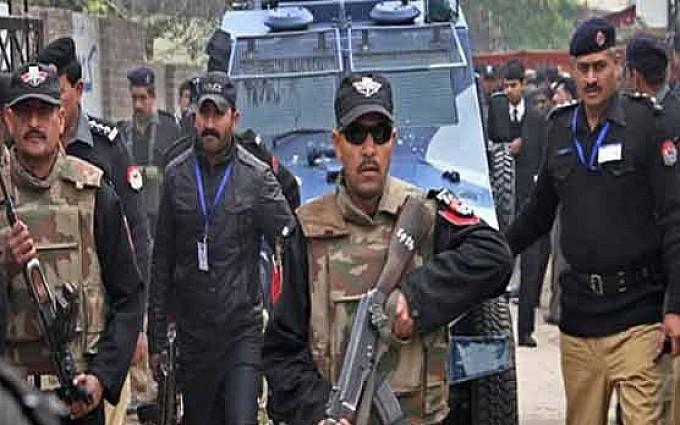 KARACHI:  At least two terrorists of a banned organization were killed in an encounter with Rangers and police in Karachi’s Khairabad area near Northern By-pass on Monday night.
According to details, Rangers and police conducted a joint search operation in Khairabad area near Northern By-pass during which the terrorist opened fire at the law enforcement agencies. Their fire was returned as a result two terrorists of banned outfit were killed.
Police said that one of the terrorists was identified as Ikram Mehsud. Arms, explosive material and suicide jackets were recovered from the dead terrorists.
On the other hand, police apprehended three accused in injured condition after an encounter in Zaman Town area of Korangi. According to SSP Korangi, the arrested persons were involved in murder and robbery cases.
Meanwhile, some unidentified persons opened fire and shot dead a man in Gulistan-e-Johar area. According to police, the deceased was identified as Nauman. Unidentified gunmen also killed a man in Azeemabad area of Malir Alfalah.