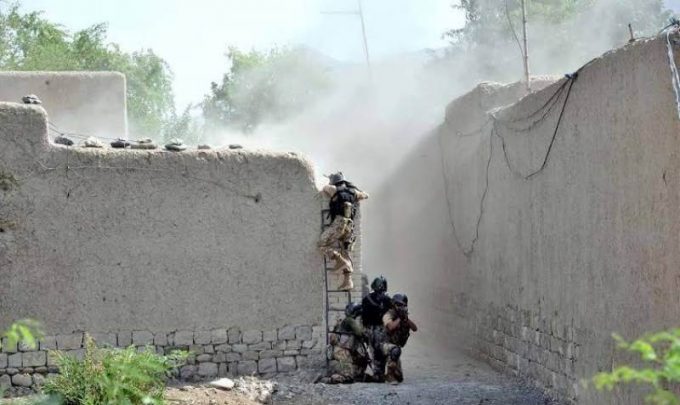 The operation was conducted on a tip-off in Doseli area, according to the ISPR. It led to an exchange of fire between terrorists hiding in the area and security forces. The martyred soldiers included Captain Fahim, Sepoy Shafi and Sepoy Nasim.

Earlier in the day, four Frontier Corps men were killed in an attack in Balochistan’s Zhob district, according to the ISPR.

They were busy fencing the Pakistan-Afghanistan border in the Manzakai sector, when they were ambushed from across the border. Six other soldiers sustained injuries in the attack. They were shifted to CMH Quetta.