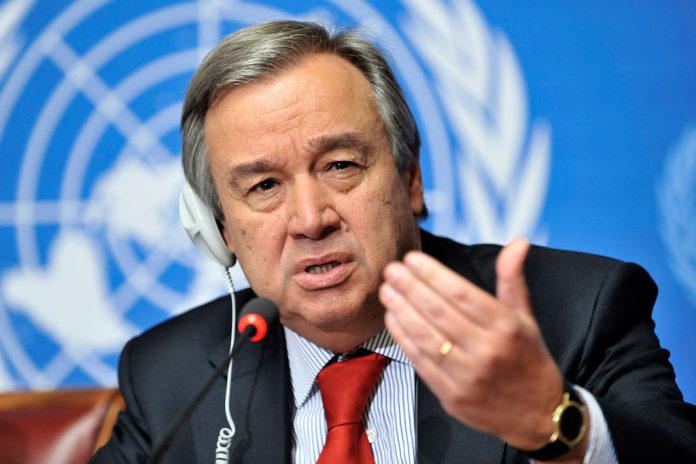 GENEVA: U.N. Secretary-General Antonio Guterres set out a vision for global disarmament on Thursday, billed as the first ever push for comprehensive arms control by a leader of the world body.
“We are living in dangerous times. Cold War tensions have returned – to a world that has grown more complex,” he told an event at the University of Geneva, noting that many in the audience were not born when the Cold War ended.
Guterres said leaders had the responsibility to minimize the risk of deadly weapons, and said that disarmament was a concern for every country and should cover every weapon, “from hand grenades to H-bombs”.