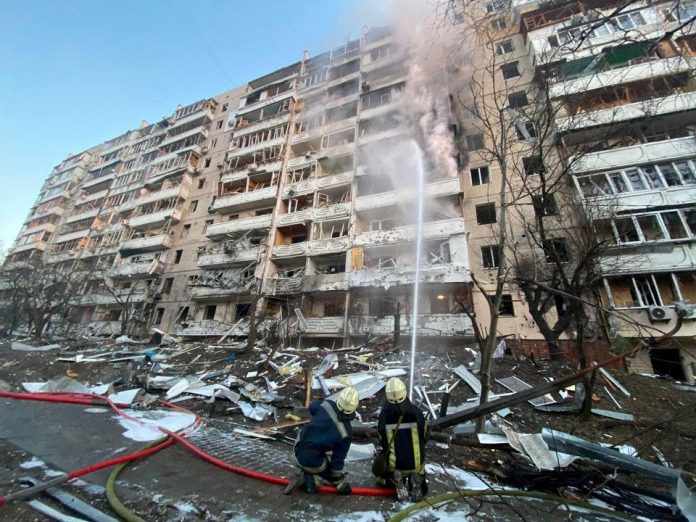 LVIV, Ukraine, March 15 (Reuters) – The United States warned China against providing military or financial help to Moscow after its invasion of Ukraine, as sanctions on Russian political and business leaders mounted and civilians sought to flee intense fighting on the ground.

Further talks between Ukrainian and Russian negotiators to ease the crisis were expected on Tuesday after discussions on Monday via video ended with no new progress announced.

Thousands have been killed in intense fighting and bombardments since Russian President Vladimir Putin ordered the invasion of Ukraine on Feb. 24.

Russia calls its actions a “special military operation” to “denazify” the country and prevent genocide, a claim the United States and its allies reject as a pretext for an unjustified and illegal attack. According to U.S. officials, Russia has asked for military and economic support from Beijing, which signalled a willingness to provide aid.

Moscow denies that, saying it has sufficient resources to fulfil all of its aims. China’s foreign ministry has labelled the reports on assistance as “disinformation”.

“We have communicated very clearly to Beijing that we won’t stand by,” State Department spokesperson Ned Price told reporters after U.S. national security adviser Jake Sullivan met with China’s top diplomat Yang Jiechi in Rome. “We will not allow any country to compensate Russia for its losses.”

The seven-hour meeting was “intense” and reflected “the gravity of the moment,” according to a U.S. official.

In Russia, a rare anti-war protest occurred in a studio during the main news programme on state TV’s Channel One, which is the primary source of news for millions of Russians and closely follows the Kremlin line.

Britain’s defence ministry said Russia could be planning to use chemical or biological weapons in Ukraine in response to a staged fake attack on Russian troops, without citing evidence. U.S. officials have made similar statements.