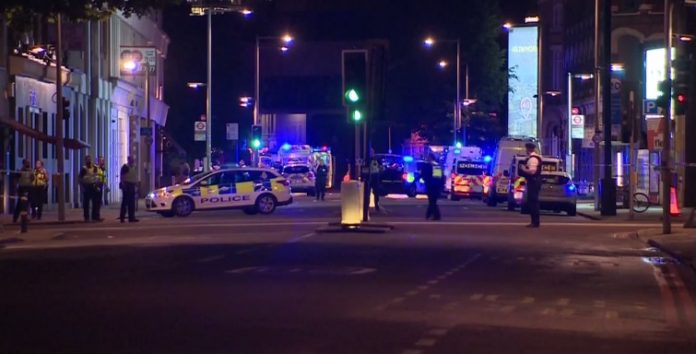 LONDON: Britain’s main Conservative and Labour parties suspended national campaigning Sunday for the upcoming general election after six people died in a suspected
terror attack in London.
“The Conservative party will not be campaigning nationally today. We will review as the day goes on and as more details of the attack emerge,” a spokesman for Prime Minister Theresa May’s centre-right party told a foreign news agency.
Jeremy Corbyn, leader of the main opposition Labour party, added in a statement: “The Labour party will be suspending national campaigning until this evening, after consultations with other parties, as a mark of respect for those who have died and suffered injury.”
Britain goes to the polls on Thursday. – APP