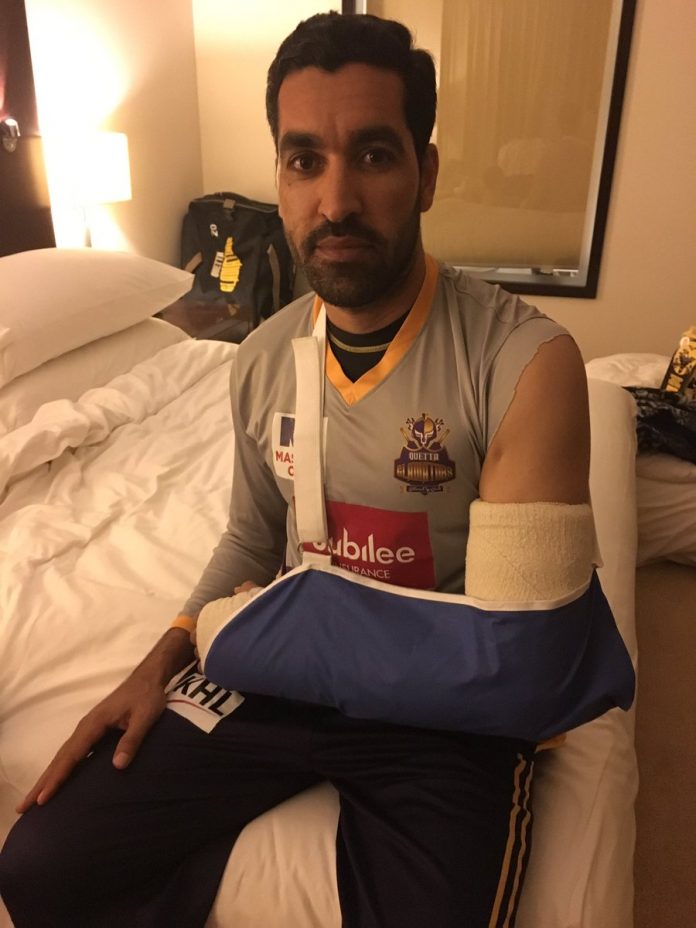 DUBAI: Quetta Gladiators fast bowler Umar Gul has been ruled out of the Pakistan Super League (PSL) after a forearm fracture.
The Quetta Gladiators media manager confirmed that an x-ray established Gul’s forearm was fractured.
The team management has decided to replace Gul with Ahsaan Adil, said Quetta Gladiators Manager Azam Khan.
“Ahsaan Adil has been nominated to replace Gul. He will be a part of the squad after formal approval of the Pakistan Cricket Board,” he added. “Please keep me in your prayers for a speedy recovery,” Gul tweeted.
Peshawar Zalmi player Wahab Riaz sympathised with Gul on Twitter and wished him a speedy recovery, saying, “It was not intentional.”