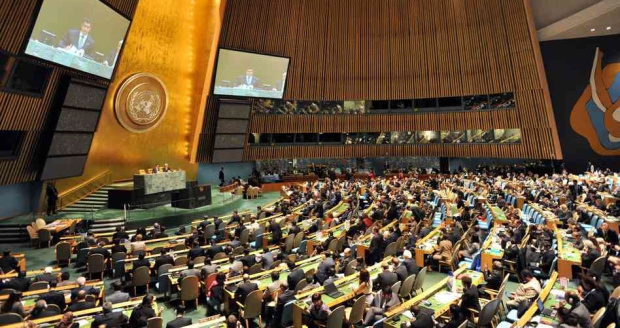 GENEVA: A group of United Nations experts today called on the Government of India to immediately release human rights defender Khurram Parvez, arrested last month for alleged activities against public order. Parvez is the coordinator of the Jammu Kashmir Coalition of Civil Society (JKCSS), and the chairperson of the Asian Federation Against Involuntary is appearances (AFAD).
“Parvez is a well-known and outspoken human rights defender who has had a longstanding and positive engagement with the UN human rights mechanisms,” the experts said. “His continued detention following his arrest just a few days before his participation in the UN Human Rights Council, suggests a deliberate attempt to obstruct his legitimate human rights activism.”
On 14 September, Parvez was on his way to Geneva to attend the 33rd session of the UN Human Rights Council when he was prevented from traveling out of India by airport authorities in Delhi. He was then detained on 16 September under sections 107 and 151 of the Criminal Procedure Code, released on 20 September, yet detained again the same day. He remains today in preventive detention, under the highly controversial Jammu and Kashmir Public Safety Act.
The UN experts conveyed their concerns to the Government of India, but the official information received so far does not provide clear details on the exact nature of the charges against Mr. Parvez, which seem to rely mainly on vague accusations of alleged ‘anti-India’ activities, aimed at disrupting the public order.
“We are concerned at the use of the Jammu and Kashmir Public Safety Act against Mr. Parvez, which permits administrative detention without judicial intervention for up to two years,” the experts highlighted.
We have received allegations of this law often being arbitrarily applied to target human rights defenders,” they added, noting with alarm the lack of clarity as to why the Indian authorities have deemed it necessary to address this case outside the country’s ordinary laws.
On 13 October, a petition challenging Mr. Parvez’s detention under the Public Safety Act was listed before the Jammu and Kashmir High Court, yet the case has only been listed for hearing until 25 October.
“In a democratic society, the open criticism of Government is a legitimate exercise of the right to freedom of expression of every person,” the experts stressed. “We are seriously concerned that the arrest of Parvez may represent a direct retaliation for his legitimate activities as a human rights defender and the exercise of his fundamental freedoms, including freedoms of expression and association”, they concluded.
The experts: the UN Working Group on enforced or involuntary disappearances; the UN Special Rapporteur on the situation of human rights defenders, Michel Forst; the Chair-Rapporteur of the UN Working Group on Arbitrary Detention, Mr. Sètondji Adjovi; the UN Special Rapporteur on the rights to freedom of peaceful assembly and of association, Mr. Maina Kiai, and the UN Special Rapporteur on the promotion and protection of the right to freedom of opinion and expression, David Kaye.