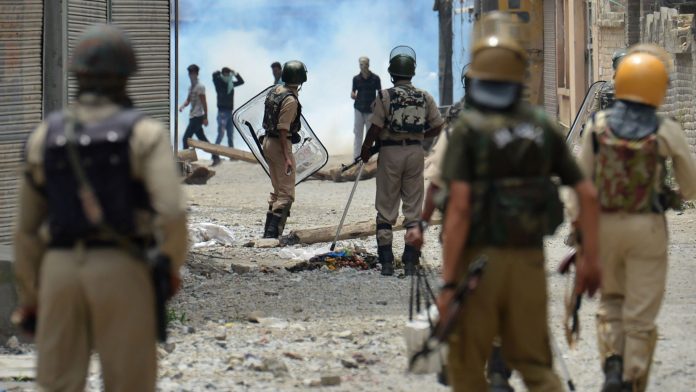 NEW YORK: With the humanitarian situation fast deteriorating in Indian occupied Kashmir, the United Nations said it hopes that its human rights officials negotiations with India for access to the disputed state, which is currently under lockdown, “can move forward”, UN Associate Spokesperson Eri Kaneko said.
“We are aware that our human rights colleagues are in touch at various levels with the Indian government,” Kaneko said while briefing reporters at the UN headquarters. “So, we would hope that these contacts would continue for, to allow for access.
The spokesperson’s remarks came after being asked whether efforts were underway to pressure India to agree to the request made by UN Human Rights High Commissioner Michelle Bachelet to allow a “humanitarian team” to visit the valley.
“We hope that, in light of the current situation, these negotiations can move forward to allow for access,” Kaneko added.
Since August 5, occupied Kashmir has been under strict military-enforced curfew with phone and other communication services shutoff as well as the movement of people.
“Kashmir is silent as a graveyard,” this is how Vrinda Grover, a human rights lawyer, described the situation to The New York Times on Thursday.
Former UN High Commissioner for Human Rights Zeid Raad Al Hussein had called for an international probe into the serious human rights situation in occupied Kashmir and for his office’s access to both sides of the Line of Control, a proposal which was endorsed by Bachelet, his successor.
India have refused to allow UN officials access to occupied Kashmir, saying it was an internal matter for the country.
On Thursday, a group of UN human rights experts urged the Indian government “to end the crackdown on freedom of expression, access to information and peaceful protests imposed” on Kashmir.
The five experts “expressed concern that the measures, imposed after the Indian Parliament revoked the Constitutionally-mandated status of the state of Jammu and Kashmir, would exacerbate tensions in the region”, the OHCHR said.