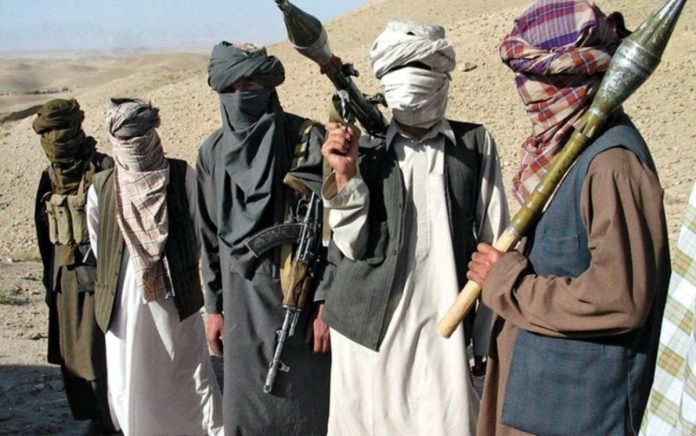 UNITED NATIONS: The U.N. envoy for Afghanistan Thursday urged the Taliban to make a favourable response to Afghan government’s offer of direct talks, stressing that the long-running conflict in the country has no military solution and the only path to a meaningful peace is through intra-Afghan dialogue.
“The offer of negotiation is on the table. It is now incumbent upon the Taliban to come forward with an offer of their own, and start direct talks with the Government to put an end to the suffering of the Afghan people,” Tadamichi Yamamoto, the Secretary-General’s Special Representative and head of the UN Assistance Mission in Afghanistan (UNAMA), told the 15-member Council.
He was referring to Afghan President Ashraf Ghani’s recent peace offer to the Taliban without preconditions and laying out a path for negotiations with a series of concrete proposals to create space for the opening of talks.
“Making peace and reaching out to opponents requires resolve, courage and above all national unity,” Yamamoto added. “Political leaders need to place the national interest above partisan agenda.”
He said he hoped that parliamentary elections could be held in 2018 and a presidential vote in 2019
Looking ahead, the UN envoy noted that the Mission also focus on peace efforts, the upcoming elections and the Ministerial Conference on Afghanistan which the UN would host with the Afghan Government in Geneva on 28 November. He also noted that the Mission’s critical work covers human rights and reforms, including anti-corruption.
Expressing concern about some actions which could deepen divisions in society, Mr. Yamamoto stressed that political leaders need to put the national interest above partisan agenda.
On the parliamentary elections scheduled for 2018 and presidential elections for 2019, he cited accelerated progress on voter registration preparations, but said timelines remain tight.
As for security, Yamamoto expressed a concern over the increase in civilian casualties caused by the Islamic State in the Khorasan Province, or ISKP. The ISKP has been expanding its geographical spread beyond its stronghold of eastern Afghanistan into the country’s north.
He also said that in 2016 and 2017, 1.5 million refugees returned to Afghanistan from neighbouring countries, such as Pakistan and Iran. But such large numbers stress the Government’s ability to provide services. “This gap must be addressed before encouraging more people to move back to their homeland voluntarily,” he said.
Mr. Yamamoto’s remarks also highlighted the power of Afghan women as today’s meeting organized by the Netherlands, the Council president this month, was held on International Women’s Day.
He said the UN is working with Afghanistan’s electoral commission to ensure women’s participation in all stages of the elections as candidates, campaigners and voters.
The UN envoy also reported that the Afghan Cabinet has adopted the necessary amendment to the Penal Code to ensure that all provisions of the Elimination of Violence Against Women law continue to apply, giving Afghan women continuing legal protection from violence.
“Women are also disproportionately affected by the conflict,” he said, noting that last year, more than 1,200 women were killed or injured, mostly from ground fighting and suicide attacks.
Also addressing the meeting were Mariam Safi, Founding Director of the Organization for Policy Research and Development Studies (DROPS), and Habibi Sarabi, Deputy Chairperson of the High Peace Council whom Yamamoto introduced as “two women with distinguished careers in working for the advancement of peace in Afghanistan.”
The meeting was chaired by the Netherlands Minister for Trade and Development Cooperation, Sigrid Kaag, who led an all-women delegation. – APP