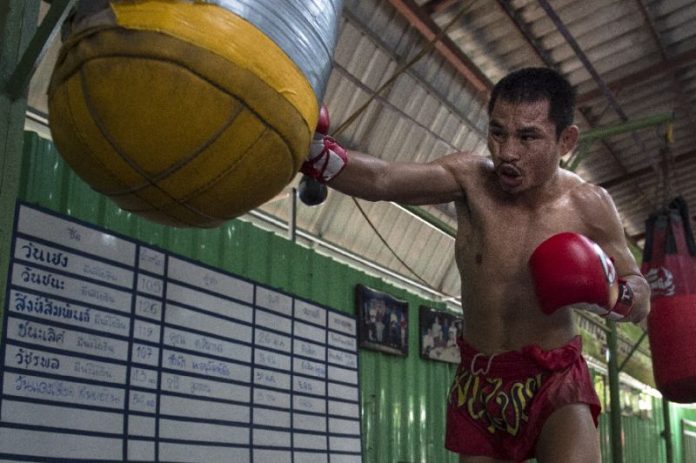 BANGKOK: Unsung outside the boxing world, a Thai fighter nicknamed the “dwarf giant” is quietly closing in on Floyd Mayweather’s undefeated 50 fight record and with it an unlikely place among the sport’s greats.
At 5ft 2in (1.57m) and weighing just 105lb (47.6kg), minimum-weight Wanheng Menayothin is shorter, leaner and significantly less wealthy than “Money” Mayweather, the brash American who was teased from retirement last year by a $100 million purse to fight MMA star Conor McGregor.
But this spring Wanheng could tie Mayweather’s 50-0 record and enter boxing lore.
His 50th bout in April or May is set to be against Panama’s Leroy Estrada in Thailand, a low-key affair that will be followed by fans and boxing enthusiasts, but not the global audience drawn to the cross-discipline spectacle between Mayweather and McGregor. – APP