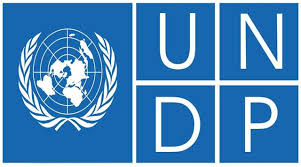 PESHAWAR: Caretaker Chief Minister Khyber Pakhtunkhwa Justice (R) Dost Muhammad Khan has said that infrastructure development, extension of social services to the newly merged districts to the province, creating job opportunities for tribal youth, planning economic zone and industrialization, construction of small dams and agriculture sector development were top priorities of the caretakers.
He said while talking to a delegation of UNDP led by Country Director Ignacio Artaza who is heading a three-member delegation here on Tuesday.
The Country Director took keen interest in the overall recovery plan shaped up by Caretaker Chief Minister. The UNDP has already prepared a PC-I and is ready to put it to the implementation phase for the provision of resources and technical support to the provincial government for the improved services in the newly merged districts to the province of Khyber Pakhtunkhwa, Ignacio Artaza assured.
Caretaker Chief Minister said the caretaker set up was going all out for the infrastructure development in the newly merged districts adding that mainstreaming the tribal people was very much necessary for the province as the erstwhile tribal areas now merged to the province has direct bearing on other areas of the province.
Dost Muhammad Khan said he had already set up a task force to negotiate with the federal government the smooth transition of merger of the erstwhile seven agencies into Khyber Pakhtunkhwa.
The task force has already planned the overall recovery plan that included the rehabilitation of tribal, the infrastructure development, the extension of social services network and the offices etc in order to ensure accessibility to efficient services by the tribal.
He said that the task force is also working on removing the legal anomalies in order to have a smooth transition for the merger. The task force, he added has also planned the industrialization, the creation of jobs for the youth and other recreational facilities.
The KP Government has prepared a blueprint sketching the short term, mid-term and long term measures as a part of the overall recovery and rehabilitation plan for the erstwhile tribal areas.
A meeting with the federal government was being held tomorrow for the reforms and implementation in the newly merged districts. We have already made up our mind and thanked the UNDP for financial and technical support.
He had reviewed the polling and security arrangements of Hazara division and soon he would visit Malakand and southern districts to sensitize the district administration and police for their constitutional responsibilities.
Caretaker Chief Minister assured to leave behind a complete plan for good governance, the measures for durable peace, infrastructure development, construction of small dams, agriculture and environmental development and above all a transparent governance structure.
The caretaker set up has already announced three universities to be fed by professional and other colleges and a network of education institutions in the newly merged districts.
He assured to take appropriate measures to facilitate the local produces in the newly merged districts to the market adding that confidence building measures have already been initiated by the Caretaker set up to fully win the people of the newly merged districts.