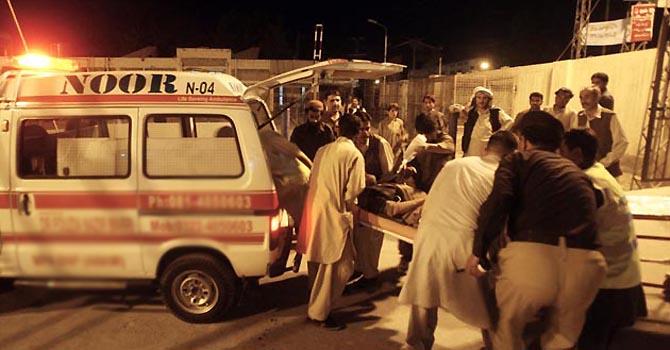 QUETTA: Unknown gunmen shot dead five people including a father and his son in what appears to be a sectarian attack in Quetta on Sunday.
According to police, the incident took place when unidentified assailants opened fire at a shop located on Circular Road in Balochistan’s capital.
The police and law enforcement agencies have cordoned off the area and began search operation.
Relatives of the deceased stage a protest at Meezan Chowk and called for the arrest of attackers.