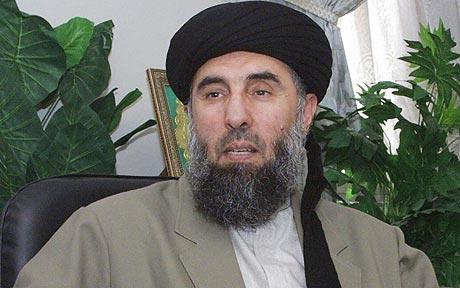 KABUL: Former Afghan prime minister Gulbuddin Hekmatyar said on Friday that the cause of the United States anger is not lack of cooperation from Pakistan but the formation of a hostile front against the US.
The former Afghan prime minister was speaking to an Afghan news channel in an interview, where he commented on the recent political scenario in wake of US President Donald Trump’s anti-statements.
The reason for stopping US aid is not Pakistan’s lack of cooperation, the US knows that a new front is being formed against it in the region, said the former Afghan warlord.
Hekmatyar further said that due to the fear of an opposing front, the US is adopting a strict narrative against Pakistan.
The US in a recent statement said that it is withholding aid worth $255 million to Pakistan following Trump’s tweet. He had said the US had foolishly given Pakistan more than $33 billion in financial assistance over the past 15 years.
The White House on Tuesday said it wanted to see Pakistan do more to fight terrorism and that it would likely announce actions to pressure Islamabad within days.
“Our goal is that we know that they can do more to stop terrorism and we want them to do that,” White House spokeswoman Sarah Sanders told reporters.
In a tweet on Monday, US President Donald Trump accused Pakistan of giving nothing but lies and deceit, thinking US leaders to be fools.
“They give safe havens to the terrorists we hunt in Afghanistan, with little help. No more!” he had said.