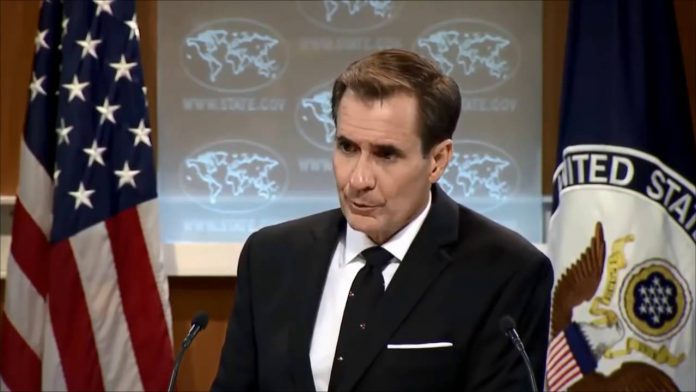 WASHINGTON: The United States on Monday condemned the terrorist attack on the Police Training College in Quetta in which 59 officials were killed and 117 were wounded.
State Department spokesman John Kirby in a statement extended condolences to the victims and their families, including the police cadets who are embarking on careers of public service.
“We stand with the people of Pakistan and Government of Pakistan at this difficult hour, and we will continue to work with our partners in Pakistan and across the region to combat the threat of terrorism,”John Kirby said.