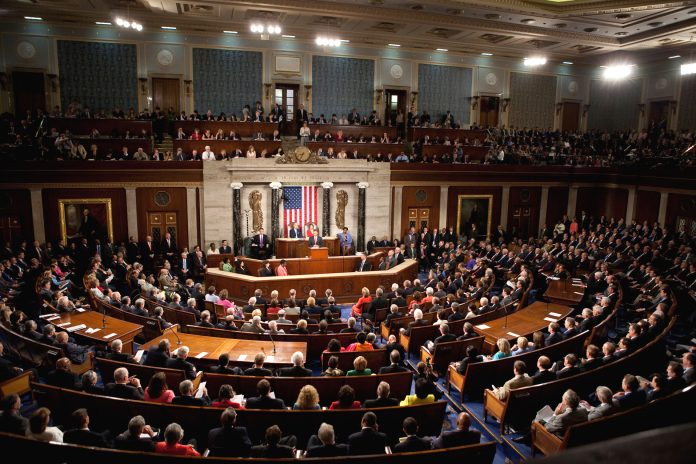 WASHINGTON: The US Congress on Thursday overwhelmingly authorised $700 billion in national defense spending for next year, a substantial increase over Donald Trump’s request, and sent the measure to the president for his signature.
The bill has allocated Rs35 billion for Pakistan under the Coalition Support Fund (CSF).
The CSF is a US Defense Department program to reimburse allies that have incurred costs in supporting counter-terrorist and counter-insurgency operations.
Regular payments to Pakistan under the CSF programme began in 2001, when Pakistan joined the US-led coalition in Afghanistan as a “frontline ally”
Pakistan in March this year received US$350 million under CSF, the State Bank of Pakistan said in a statement.
The National Defense Authorisation Act of 2018 is a negotiated compromise between the two chambers of Congress.
The Senate passed it Thursday on a unanimous voice vote, two days after it cleared the House on a vote of 356 to 70. The bill is some $26 billion above Trump’s initial military budget requests, and about 15 percent higher than the authorization in 2016, the last full year of Barack Obama”s presidency.
It provides for $626 billion in base budget requirements, $66 billion for Overseas Contingency Operations, or warfighting, and an additional $8 billion for other defense activities.
$4.9 billion is reserved for Afghanistan security forces, including a program integrating women into the country’’s national defense.
The figure is substantially more than Trump’s baseline missile defense request, at a time of heightened tensions with North Korea over its testing of nuclear devices and ballistic missiles.