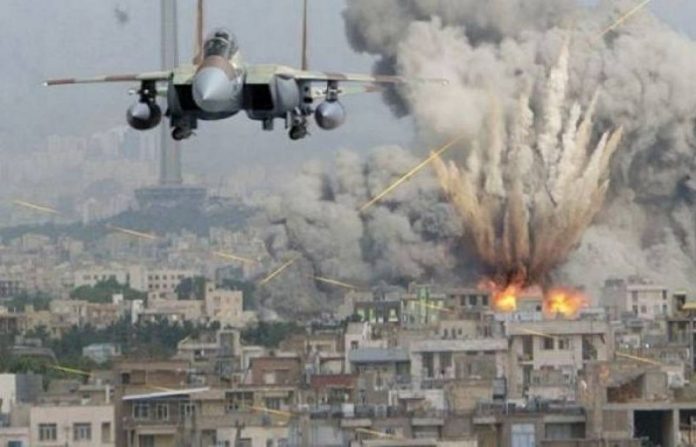 BEIRUT: At least 28 Islamic State group militants were killed Monday in coordinated strikes by the US-led coalition and allied fighters in eastern Syria, a monitoring group said.
“At least 28 IS militants were killed in air and artillery strikes” in Deir Ezzor province, said Rami Abdel Rahman, head of the Syrian Observatory for Human Rights.
He said the coalition and the Syrian Democratic Forces, an alliance of Kurdish and Arab fighters, had carried out the attacks in the Bir al-Meleh region of the province, which borders Iraq.
He said IS-held territory in eastern Syria had been reduced to a “small pocket” since the SDF in early May launched the final phase of an offensive to expel the militants from eastern Syria.
IS, which once controlled swathes of Syria and Iraq, has been pounded by multiple offensives and today controls less than three percent of Syria’s territory.