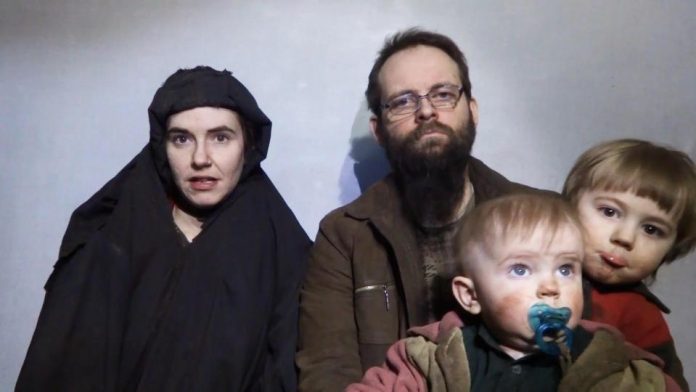 NEW YORK: Detailing one of the causes of the ‘rift’ between Pakistan and US, a report in the New York Times claims that relations between the two countries soured after Pakistan refused to give access to the United States to one of the abductors of the American-Canadian couple, who were recovered earlier in October.
The newspaper claims that one of the abductors of the couple was also arrested at the same time the couple was rescued.
“When Pakistani forces freed a Canadian-American family this fall held captive by militants, they also captured one of the abductors. United States officials saw a potential windfall: He was a member of the Taliban-linked Haqqani network who could perhaps provide valuable information about at least one other American hostage,” says the report.
The US had demanded access to the suspect, but the request was rejected by Pakistani officials – “the latest disagreement in the increasingly dysfunctional relationship between the countries.”
In response, the Trump administration is considering to withhold $255 million in aid that it had delayed sending to Islamabad, the newspaper said.
On October 12, the Pakistan Army recovered five foreign hostages who were held as captives in Afghanistan, said a statement released by the Army’s media wing.
The hostages, a Canadian, his US national wife and their three children were rescued from the captivity of terrorists, after the couple was captured in Afghanistan in 2012, the Inter-Services Public Relations (ISPR) said.- Agencies