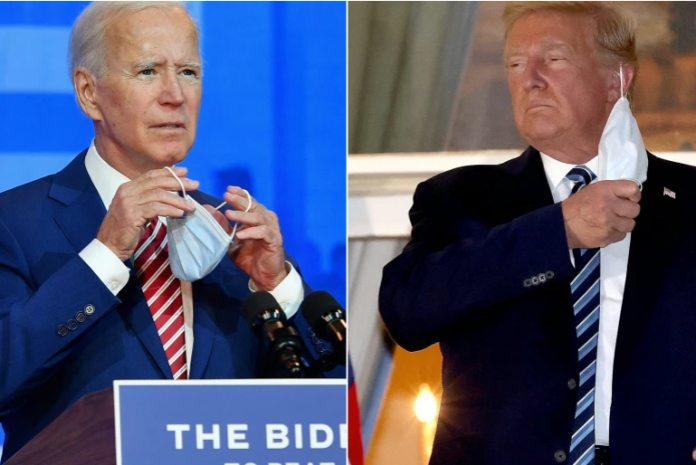 President Donald Trump and Democratic challenger Joe Biden are fighting for the White House, with polls gradually closing across the United States Tuesday. The first results are trickling in, with US media projecting wins for the Republican incumbent so far in 17 states including Indiana, Kentucky, Missouri, Oklahoma and Tennessee — all states he won in 2016. Biden has captured 16 states including his home state Delaware and big prizes California and New York, as well as the US capital. As with Trump, so far, all states claimed by Biden were won by Democrat Hillary Clinton in 2016. So far, that gives Biden 209 electoral votes and Trump a maximum of 116, because Nebraska splits its electoral votes based on congressional district. The magic number is 270. Observers expect the hotly contested race for the White House to come down to a handful of key battleground states that have yet to be called.

The following is a list of the states won by each candidate and the corresponding number of electoral votes, based on the projections of US media including CNN, Fox News, MSNBC/NBC News, ABC, CBS and The New York Times.