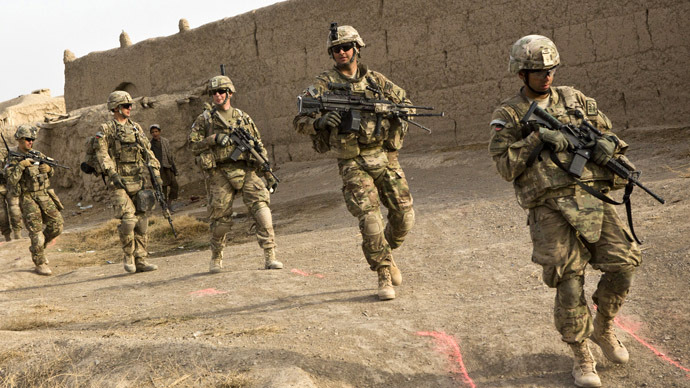 WASHINGTON: The Trump administration is ready to withdraw six thousands of troops from Afghanistan as part of in initial deal to end the nearly 18-year-old war with Taliban, US officials said.
American Newspaper ‘The Washington Post’ reported that the agreement, which would require the Taliban to begin negotiating a larger peace deal directly with the Afghan government, could cut the number of American troops in the country from roughly 14,000 to between 8,000 and 9,000, the officials said.
That number would be nearly the same as when President Trump took office. The plan has taken shape after months of negotiations between the Taliban and Zalmay Khalilzad, an Afghan-born American diplomat who was appointed by the Trump administration last year to jump-start talks.
Officials said an agreement could be finalized ahead of the Afghan presidential election in September, though they cautioned that Taliban leaders could delay and that significant challenges remain.
The proposal is likely to be viewed skeptically by some US and Afghan officials who question the Taliban’s honesty and wonder how the United States can verify whether Taliban leaders are following through. But if approved, it would be one of the most significant steps toward ending the war, a goal that increasingly has bipartisan support.
“I would say that they are 80 or 90 per cent of the way there,” said one official, who like others spoke on the condition of anonymity to discuss details of the emerging deal. “But there is still a long way to go on that last 10 or 20 per cent.”
A Taliban spokesman, Zabiullah Mujahid, declined to comment about the likelihood of an initial agreement. In a brief telephone interview Thursday, he said he did not know when talks would resume.
“We are hopeful,” he said. “Things look promising that there will be a breakthrough. We hope there won’t be any obstacle, but it also depends on the seriousness of the Americans.”