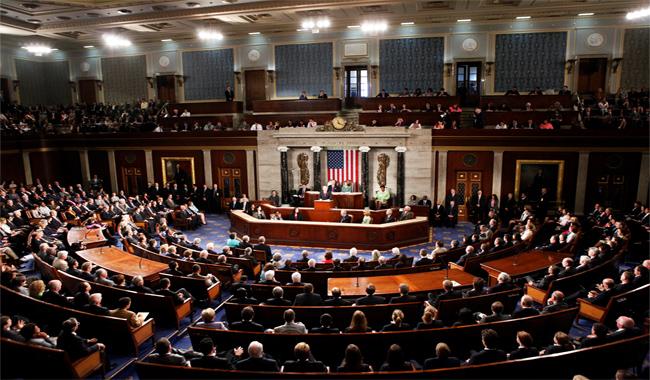 WASHINGTON: The Senate voted on Thursday to end American military assistance for Saudi Arabia’s war in Yemen in the strongest show of bipartisan defiance against President Trump’s defense of the kingdom over the killing of a dissident journalist.
According to The New York times, the 56-to-41 vote was a rare move by the Senate to limit presidential war powers and sent a potent message of disapproval for a nearly four-year conflict that has killed thousands of civilians and brought famine to Yemen. Moments later, senators unanimously approved a separate resolution to hold Crown Prince Mohammed bin Salman of Saudi Arabia personally responsible for the death of the journalist, Jamal Khashoggi.
Together, the votes were an extraordinary break with Mr. Trump, who has refused to condemn the prince and dismissed United States intelligence agencies’ conclusions that the heir to the Saudi throne directed the grisly killing.
While the House will not take up the measure by the end of the year, the day’s votes signal that Congress will take on Mr. Trump’s support of Saudi Arabia when Democrats take control of the House next month.
The action indicated a growing sense of urgency among lawmakers in both parties to punish Saudi Arabia for Mr. Khashoggi’s death, and to question a tradition of Washington averting its gaze from the kingdom’s human rights abuses in the interest of preserving a strategically important relationship.
“What the Khashoggi event did, I think, was to focus on the fact that we have been led into this civil war in Yemen, half a world away, into a conflict in which few Americans that I know can articulate what American national security interest is at stake,” said Senator Mike Lee, Republican of Utah. “And we’ve done so, following the lead of the kingdom of Saudi Arabia.”
Saudi Arabia thought a bombing campaign would quickly crush its enemies in Yemen. But three years later, the Houthis refuse to give up, even as 14 million people face starvation.
The resolution was written by Mr. Lee and Senator Bernie Sanders, independent of Vermont. It was an unusual invocation of the War Powers Act, a 1973 law by which Congress sought at the end of the Vietnam War to reassert its constitutional role in deciding when the United States would go to war.
Mr. Sanders called it the first time Congress had used the law to make clear “that the constitutional responsibility for making war rests with the United States Congress, not the White House.”
“Today, we tell the despotic regime in Saudi Arabia that we will not be part of their military adventurism,” he said.
Seven Republican senators joined Democrats to pass the resolution: Mr. Lee, Susan Collins of Maine, Steve Daines of Montana, Jeff Flake of Arizona, Jerry Moran of Kansas, Rand Paul of Kentucky and Todd Young of Indiana.
With both votes, senators diverged sharply from Mr. Trump, who has maintained steadfast support for Saudi Arabia and Prince Mohammed, even though the C.I.A. has concluded that he ordered the assassination of Mr. Khashoggi inside its consulate in Istanbul in October.
“Maybe he did and maybe he didn’t!” Mr. Trump wrote of whether the crown prince had knowledge of the killing in an extraordinary statement that the president released last month, in which he argued that punishing Saudi Arabia for Mr. Khashoggi’s death would risk billions of dollars of American arms sales to the kingdom.
Secretary of State Mike Pompeo on Thursday after a closed briefing at which he defended the United States’ relationship with Saudi Arabia to members of the House.
Secretary of State Mike Pompeo on Thursday after a closed briefing at which he defended the United States’ relationship with Saudi Arabia to members of the House.
Senator Bob Corker, the Tennessee Republican who heads the Foreign Relations Committee and sponsored the measure condemning the crown prince, said on Thursday that it was vital that the Senate “is speaking with one voice” to hold him accountable.
“Unanimously, the United States Senate has said that Crown Prince Mohammed bin Salman is responsible for the murder of Jamal Khashoggi,” Mr. Corker said. “That is a strong statement. I think it speaks to the values that we hold dear.”
Senators in both parties described the twin measures as a direct response to the refusal by Mr. Trump and his administration to hold Saudi Arabia to account for Mr. Khashoggi’s death — and a way to counter the president’s assertion that the money to be made from arms sales to the kingdom was enough to justify turning a blind eye to such a deed.
“We cannot sweep under the rug the callous disregard for human life and flagrant violations of international norms the Saudis are showing,” said Senator Robert Menendez of New Jersey, the senior Democrat on the Foreign Relations Committee.
“A few more weapons purchases cannot buy our silence — it should not buy our silence,” Mr. Menendez said. “And if the president will not, Congress must act.”
The votes came only hours after Defense Secretary Jim Mattis and Secretary of State Mike Pompeo implored members of the House of Representatives during a closed-door briefing to continue the military advising, logistics support and intelligence that have for years been shared with Saudi Arabia.– Agencies