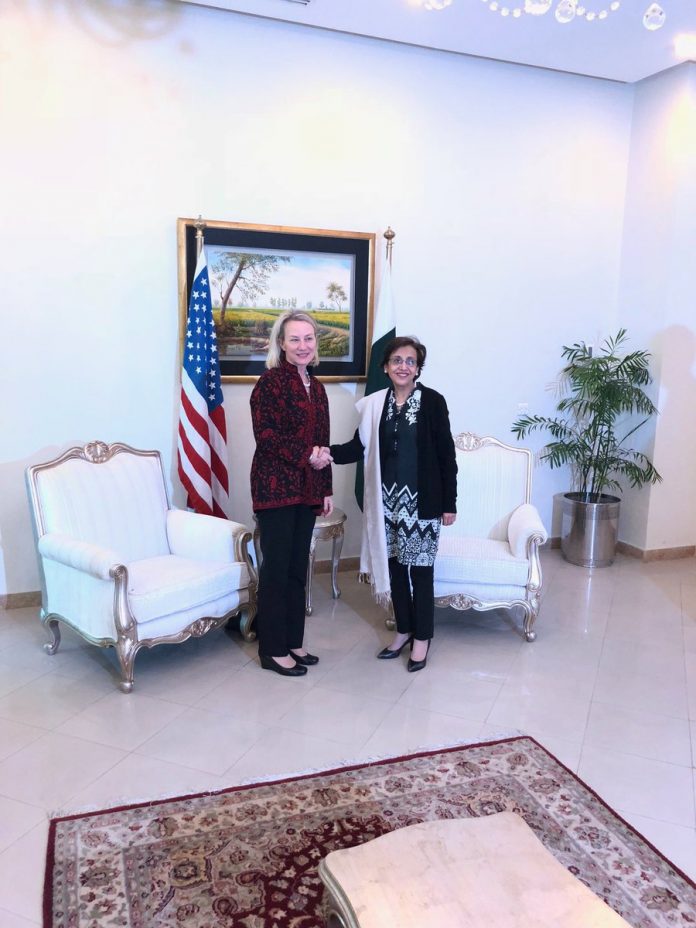 ISLAMABAD: United States’ (US) acting Assistant Secretary of State for South and Central Asian Affairs Alice Wells has arrived in Islamabad.
According to a statement of the Foreign Office, Alice Wells called on Foreign Secretary Tehmina Janjua here in the federal capital.
Bilateral relations between Islamabad and Washington were discussed during the meeting, the statement added.
Both the officials also discussed matters related to regional security situation, it read.
The statement added, “It is part of the regular engagement between the two countries to find common ground on shared objectives of peace and stability in the region.”
This is third visit by Wells to Pakistan since August 2017.