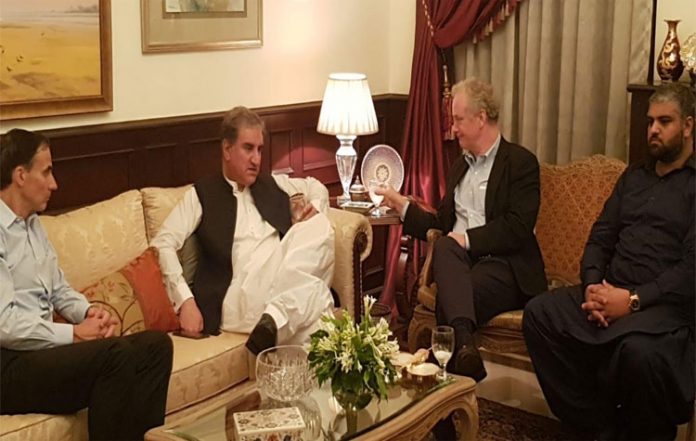 ISLAMABAD: US Senator Chris Hollen has said his country is supporting Pakistan’s demand to resolve the Kashmir issue according to the wishes of Kashmiri people.
He stated this at a meeting with Foreign Minister Shah Mahmood Qureshi, along with a delegation of other US senators in Multan.
Criss Hollen said the world is well aware of the situation in Kashmir and President Trump has offered to play his role in resolving the issue.
He said politicians and journalists should be allowed to visit the Indian occupied Kashmir to get first-hand information about the situation there.
Foreign Minister on the occasion said Prime Minister Imran Khan has raised his voice against the Indian brutalities in occupied Kashmir at each and every forum in the world.
He said sixty two days have passed but the curfew is still continuing in occupied Kashmir where people are facing severe difficulties.