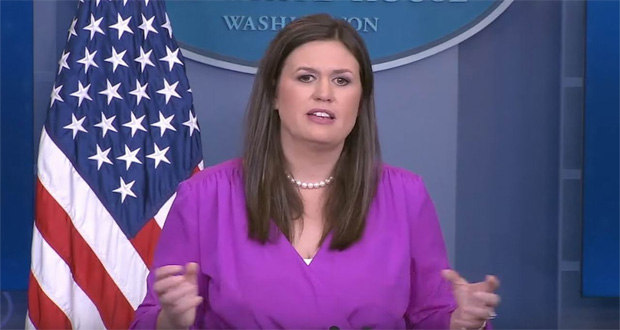 WASHINGTON: The United States urged Pakistan to expel Taliban leaders following the deadly attack on a luxury hotel in Afghanistan’s capital city that left above 40 killed dozens of others were injured.
The leaders of the terrorist outfit need to be banned from operating on Pakistani soil, it said in a statement disclosed by White House press secretary Sarah Huckabee Sanders.
On January 22, Afgan Media said that the number of casualties in attack on five star hotel at the capital, Kabul reaches to 43 whereas dozens are injured but death of 4 Afghan citizens and 14 foreigners has been confirmed by the spokesperson of Afghan Interior Ministry.While the Ministry of health Afghanistan says that At least 22 people have now been reported killed in a siege by gunmen at Kabul’s Intercontinental Hotel on saturday night. All six attackers have reportedly been killed. Kabul police said that nine Ukrainians, one German, one Greek and one Kazakh citizen had been confirmed dead. Two other foreigners have yet to be identified.