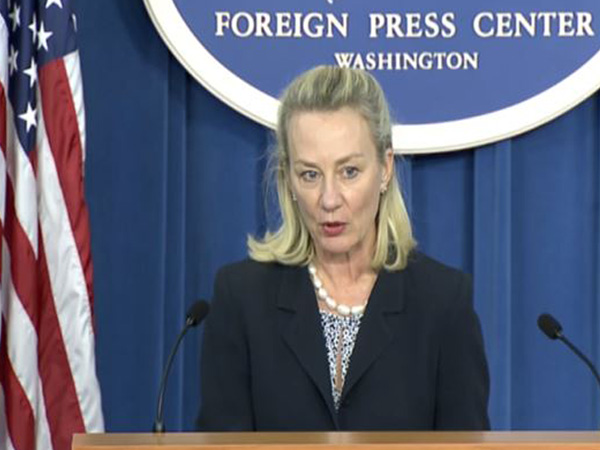 WASHINGTON: Crediting the finance ministry’s reform efforts and the International Monetary Fund (IMF) programme, the in-charge of South Asia affairs at the US State Department, Alice Wells, on Wednesday welcomed Moody’s revision in Pakistan’s credit outlook.
In a tweet shared by the State Department, Acting Assistant Secretary for South and Central Asia Wells added: “With bold economic reforms, Pakistan can boost growth, attract private capital, and expand exports.”
New York-based credit rating agency Moody’s on Monday raised Pakistan’s economic outlook from negative to stable on the back of the country’s reforms supported by an IMF programme, but kept its credit rating unchanged at B3.
The ratings firm said improvements in the balance of payments was a primary driver of the rating action, but added that foreign exchange buffers would still take time to rebuild.
The upgrade was welcomed by the Ministry of Finance, which attributed the development to an “improvement in the balance of payments position, supported by policy adjustments and currency flexibility”.
Addressing a press conference on Tuesday, Adviser to the Prime Minister on Finance Dr Abdul Hafeez Sheikh said: “This report has shown the world that the reforms brought about by Pakistan in its economy are being appreciated by the world’s leading financial institutions.”
Moody’s had in June last year lowered Pakistan’s outlook to negative from stable owing to erosion in foreign exchange buffers due to heightened external pressures.
Its representatives had visited Islamabad on November 27 and noted that Pakistan’s economic fundamentals, including its economic strength and susceptibility to event risks, had not materially changed even though institutional strength had increased and financial strength decreased.