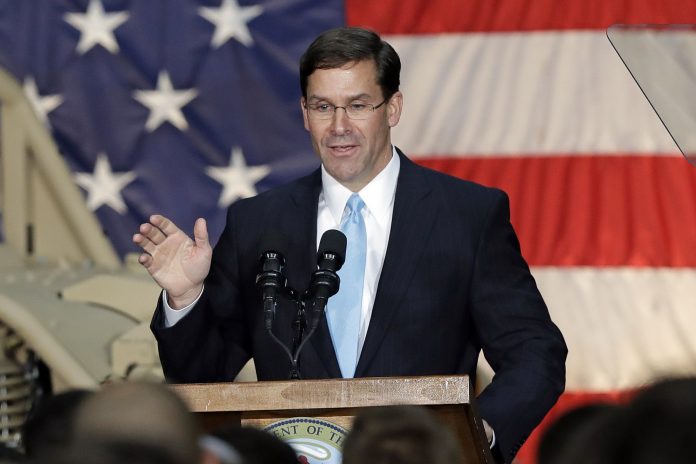 KABUL: The United States “will not hesitate to nullify” its historic deal with the Taliban if the insurgents renege on their security guarantees and commitment to hold talks with the Afghan government, US Defense Secretary Mark Esper said Saturday.
His comments came as the US signed an accord with the Taliban in Doha, laying out a timetable for a full troop withdrawal from Afghanistan within 14 months as it seeks an exit from its longest-ever war.
But on a visit to Kabul, Esper warned that “should the Taliban fail to honour their commitments they will forfeit their chance to sit with fellow Afghans and deliberate on the future of their country.”
“Moreover the United States would not hesitate to nullify the agreement,” he added.
On the other hand, US Secretary of State Mike Pompeo called on the Taliban Saturday to honour its commitments to sever ties with jihadist groups as Washington signed a landmark deal with the Afghan insurgents.
He called on the Taliban to “keep your promises to cut ties with Al-Qaeda.”
“I know there will be a temptation to declare victory, but victory for Afghans will only be achieved when they can live in peace and prosper,” he said at the ceremony in Doha.