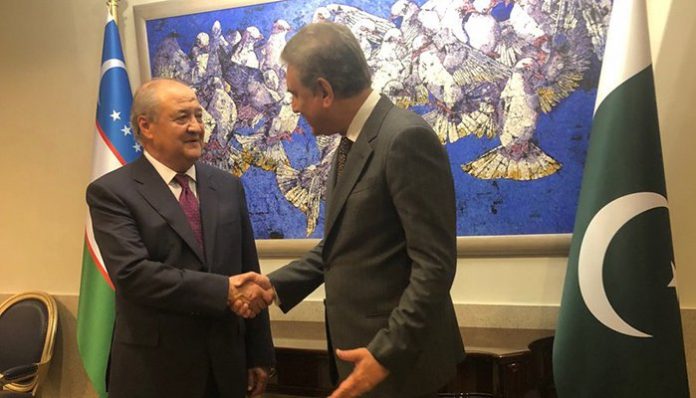 ISLAMABAD: Uzbekistan Foreign Minister Abdulaziz Kamilov held delegation-level talks with his Pakistani counterpart Shah in Islamabad on Thursday.
According to spokesman of Pakistan’s foreign office, the Uzbekistan which arrived in Islamabad on one-day official visit was led by Uzbek FM while Pakistani delegation was led by FM Qureshi.
The Uzbek Foreign Minister Abdulaziz Kamilov is also expected to hold meeting with Prime Minister Imran Khan.