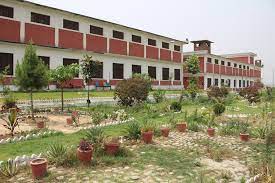 In light of the reports submitted by the inquiry committees, the Higher Education Department has requested the Chief Minister to advise the Governor, who is also Chancellor of the public sector universities, to send both the VCs on forced leave for a period of three months. “The Chancellor had ordered inquiry into the affairs of the Women University on the request of provincial Higher Education Department. Before floating request to the governor, the HED had received several complaints against VC Professor Shahana Urooj Kazmi,” an official told media.

Basically hailing from Sindh, K-P government had appointed Professor Shahana for a period of three years. The official said that the Governor Inspection Team in its detailed probe found that she made illegal appointments and inducted around two dozen of her own relatives hailing from Sindh province. The second irregularity found by the GIT is that she appointed three retired persons in the university in violation of the Supreme Court of Pakistan decision.

According to the probe, a retired Colonel has been appointed as registrar and another person as spokesman while both of them didn’t meet the required qualification and experience for the posts. Probe against the Vice Chancellor University of Swat Professor Mohammad Jamal Khan was conducted by Provincial Inspection Team. It recommended to the government to take action against the VC under the relevant law after the VC was found involved in illegal appointments, being unable to fill the vacant positions and irregular utilization of the budget.