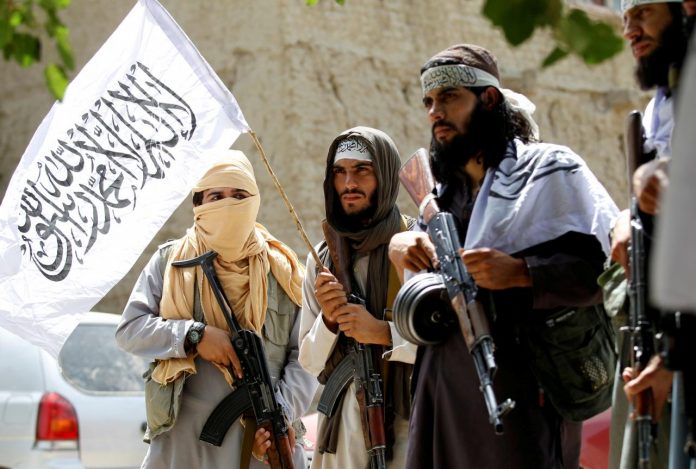 PESHAWAR, Pakistan/KABUL: A meeting between a senior U.S. diplomat and Taliban representatives in Doha last week to discuss a possible ceasefire ended with “very positive signals” and a decision to hold more meetings, people with knowledge of the talks said on Sunday.
The meeting between a delegation led by Alice Wells, deputy assistant secretary in the State Department’s Bureau of South and Central Asian Affairs, and Taliban representatives was first reported in The Wall Street Journal but has not been officially confirmed.
According to one Taliban official, who said he was part of a four-member delegation, there were “very positive signals” from the meeting, which he said was conducted in a “friendly atmosphere” in a Doha hotel.
“You can’t call it peace talks,” he said. “These are a series of meetings for initiating formal and purposeful talks. We agreed to meet again soon and resolve the Afghan conflict through dialogue.”
He said the talks had been held without the presence of Afghan government officials at the insistence of the Taliban.
The move comes as the Afghan government and the United States have stepped up efforts to end the 17 year-war in Afghanistan following the unprecedented three-day truce during last month’s Eid al-Fitr holiday.
The truce, which saw unarmed Taliban fighters mingling with soldiers on the streets of Kabul and other cities, offered the first concrete vision of a peace settlement since an earlier attempt at peace talks broke down in 2015.
Although the Taliban refused an offer by President Ashraf Ghani to extend the Eid ceasefire, behind-the-scenes contacts have continued and the government has said it is considering another ceasefire during next month’s Eid-al Qurban holiday.
As hopes of possible formal negotiations have risen, the United States has agreed to participate directly in the talks, although it insists the process will remain under Afghan leadership.
The Taliban official said the talks took place with the approval of the leadership council. The two sides had discussed proposals to allow the Taliban free movement in two provinces where they would not be attacked, an idea that President Ashraf Ghani has already rejected. They also discussed Taliban participation in the Afghan government.
“The only demand they made was to allow their military bases in Afghanistan,” said the Taliban official.
The meeting in Doha, where the Taliban maintains a political office, followed two earlier meetings between U.S. officials and Taliban representatives in recent months, the sources said.
“We have held three meetings with the U.S. and we reached a conclusion to continue talks for meaningful negotiations,” said a second Taliban official.
He said they would first exchange prisoners and then discuss other issues that could restore peace to Afghanistan.
“However, our delegation made it clear to them that peace can only be restored to Afghanistan when all foreign forces are withdrawn,” he said.
Another person with knowledge of the talks said the United States had pressed the Taliban side to accept the ceasefire offer for Eid-ul Adha, often known in Afghanistan as Eid-al Qurban, which this year starts on Aug. 22.
“So a long-term ceasefire is expected on Eid-ul Adha,” the person said. “Both sides agreed upon the continuation of the meetings and talks and another meeting is expected before Eid, but the exact time and place is not clear yet.”
The State Department confirmed that Wells had visited Doha but has said only that she met United Arab Emirates government officials, including the deputy prime minister, to talk about their contributions to the situation in Afghanistan.
Asked about talks with the Taliban, a State Department spokesman referred to a July 9 comment from Secretary of State Mike Pompeo, that the United States would “support, facilitate, and participate in these peace discussions, but peace must be decided by the Afghans and settled among them.”
Ghani’s main spokesman Haroon Chakansuri said last week that peace talks would be Afghan-led and would build on international consensus in support of peace. – Reuters