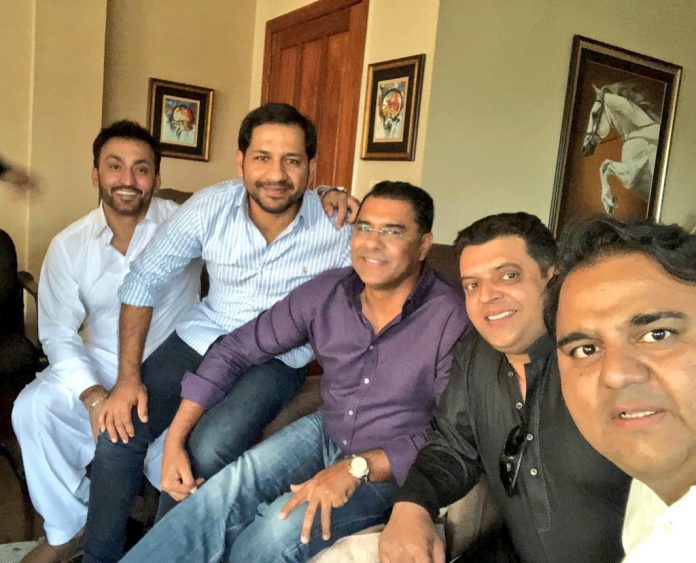 ISLAMABAD: Pakistan captain Sarfaraz Ahmed arrived in Bani Gala on Tuesday to meet PTI chairman Imran Khan after his party’s victory in the parliamentary elections.
Muhammad Hafeez and Umar Gul are also accompanying their skipper.
The players will congratulate Imran Khan after his PTI emerged as the single largest political party in July 25 polls.
In addition, former speedster Waqar Younis has also reached Imran Khan’s residence.
When asked if he would take up PCB’s issues with Khan, Waqar said that he had come just to felicitate the PTI chief on his election’s victory.
Former captain Wasim Akram, Shoaib Akhtar, Chief Selector Inazam ul Haq have already met Khan in the last few days.