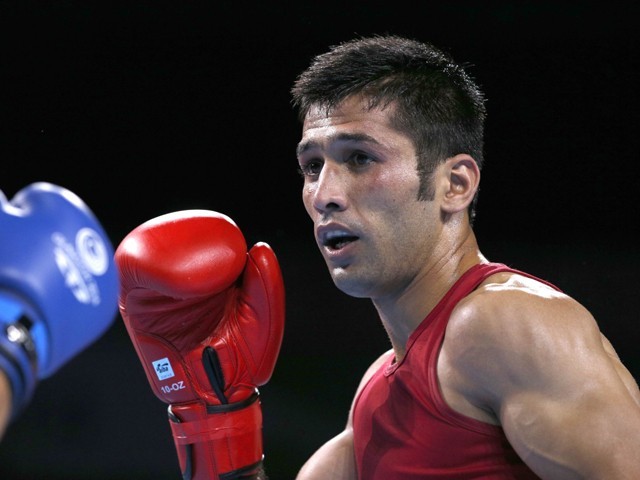 ISLAMABAD: Pakistani boxer Muhammad Waseem lost the fight for the International Boxing Federation (IBF) flyweight world title to South African opponent Moruti Mthalane Sunday morning.
The contest was featured as part of the under card to the welterweight world title showdown between Manny Pacquiao and Lucas Matthysse, a private news channel reported.
Waseem, the former two-time World Boxing Council (WBC) flyweight world silver champion, suffered a defeat after eight consecutive wins.
Thirty-five-year-old Mthalane, who has been playing in the professional circuit since 2000, faced knock-out defeats in two bouts in his 18-year career.
The South African had clinched the IBF flyweight world crown when he beat Mexican boxer Julio César Miranda in November 2009.
In a video message posted earlier, Waseem had shared his readiness for the challenge and requested his fans to pray for his success so he can keep Pakistan’s flag flying high.
The Quetta-born boxer became the first Pakistani to clinch the WBA world silver belt by beating Jether Oliva of Philippines on July 17, 2016.
He then went on to be crowned the top-ranked boxer as per rankings released by the WBC for the month of June 2017.
Waseem is the first-ever boxer from Pakistan to be listed as number-one in the flyweight category.
He has several other accolades to his name, including bronze medals at the 2014 Asian Games and 2010 Commonwealth Games, plus a silver in Glasgow at the 2014 Commonwealth Games. – APP