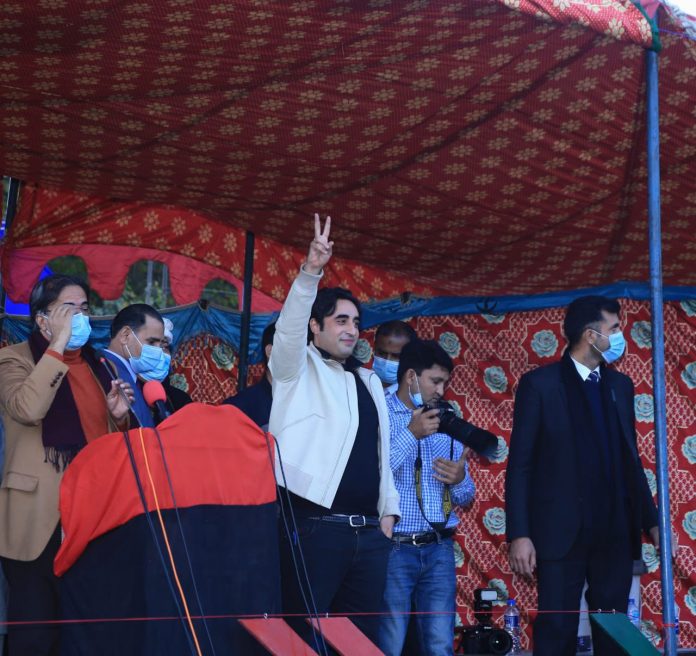 SKARDU: Bilawal Bhutto Zardari warned on Tuesday to launch protests with the people of Gilgit-Baltistan (GB) in Islamabad if there is vote theft in the coming polls. Addressing a corner meeting in Skardu, Bilawal said he will stay in the region till November 15 and will celebrate the victory in the elections with the people of GB. Former GB governor, former chief minister Mehdi Shah, Saadia Danish, and Babu Astori also accompanied the PPP chairman. “Now this election is not for coming into power but this is a struggle for a better future for the people of GB,” he maintained.

Addressing, a worker’s convention in Skardu district, the PPP leader had said that the citizens of the country are deprived of their basic rights because the authorities sitting in Islamabad make decisions without analysing the real problems faced by the people living in a particular region.