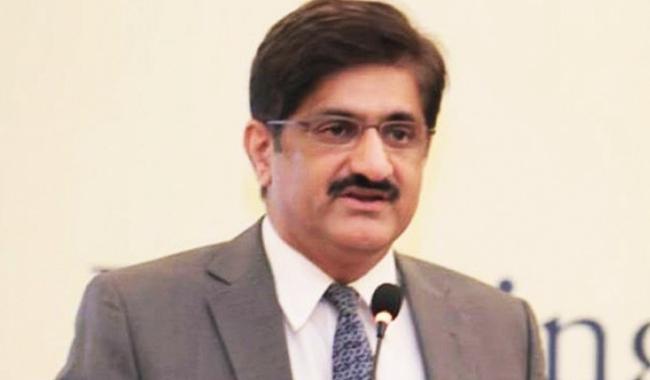 KARACHI: Chief Minister of Sindh, Murad Ali Shah has announced on Saturday that anti-corruption law is going to be amended for probe of the case involving seizure of huge cache of weapons in Azizabad area earlier this week.
While talking to the media, Shah said that the fact that weapons were seized near an office of a political party has added to the doubts of the government and law enforcement agencies which was why amendment in the law would be brought.
Anti-corruption department was also being revamped, he said.
He utilized the opportunity to discourage practice of National Accountability Bureau of pursuing years-old cases and neglecting those that were of interest in the present.
He pointed out that bureau’s practice of targeting members of a political party was wrong.
The Chief Minister said that he would continue his efforts to correct the system and improve government processes irrespective of whether members of Muttahida Qaumi Movement tabled their resignations or not.