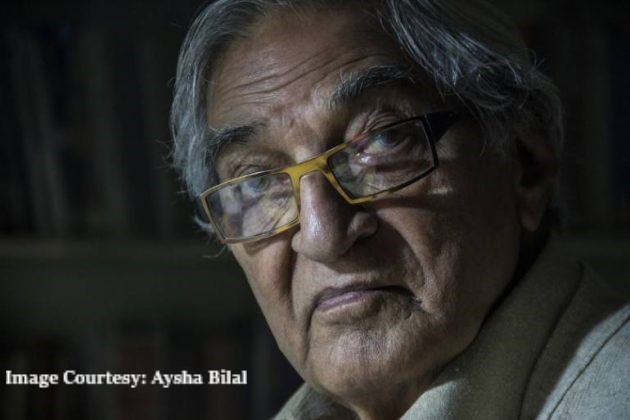 LAHORE: Renowned journalist, columnist , poet and writer Muneer Ahmed Qureshi widely known as Munnu Bhai passed away in Lahore this morning.
According to the family sources, Munnu Bhai was under treatment at a hospital in Lahore where he breathed his last.
His funeral prayer will be offered in Riwaz Garden, Lahore after Asr prayer while he will be laid to rest in Miani Sahib cemetery.
Munnu Bhai was awarded Pride of Performance Award by the President of Pakistan in 2007 for his services to the nation.
Meanwhile, President Mamnoon Hussain has expressed deep grief and sorrow over the sad demise of Munnu Bhai.
He prayed for the departed soul and commiserated with the bereaved family. The President said that his services in the field of literature and journalism would always be remembered.
The Speaker and Deputy speaker of National Assembly also expressed deep grief and sorrow over the death of Munnu Bhai.