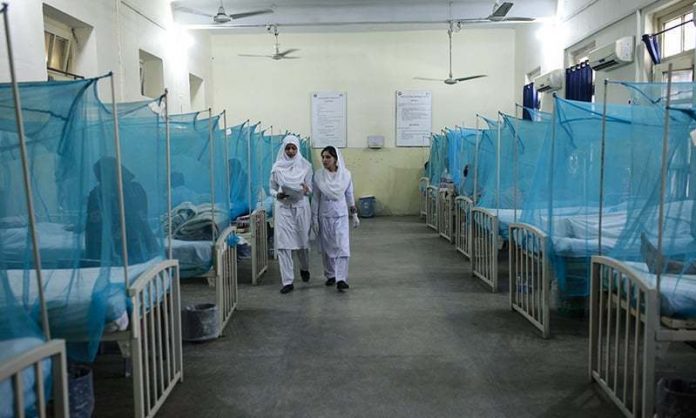 SWAT: A Dengue-affected woman breathed her last in a hospital in Swat on Monday.
According to a spokesman of Saidu Sharif Hospital, the woman from Rang Mohalla had been suffering from dengue fever for eight days.
He said that hundreds of people in Swat are suffering from dengue, of which the Rang Mohallah of Mingora, Mohalla Malokabad and Gunbad Mira are the most affected areas. According to the focal person, 150 patients were brought to the government hospital, of which 124 were discharged after treatment while 26 patients are still under treatment.
This year, the first person from dengue was killed in Faisalabad’s Allied Hospital on 11th September. The 14-year-old Aryan, who died of dengue, was from Rawalpindi. Dengue killings were also claimed in Peshawar in recent days, but could not be confirmed by independent sources. The provincial government denied it and said that no deaths have been reported from any hospital in Peshawar and declared it a mere ‘rumour’.