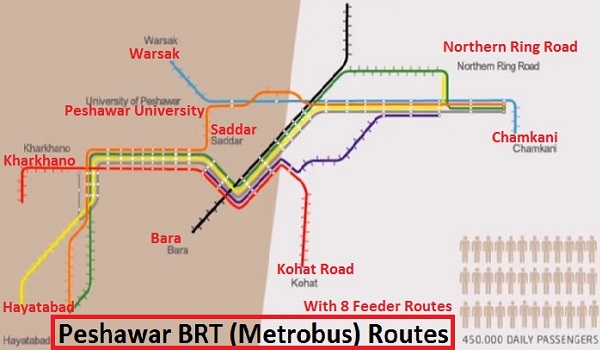 ISLAMABAD: Work on Rapid Bus Service project in Peshawar is in full swing and it will be completed in six months at a cost of fifty billion rupees.
According to a private TV channel report, the spokesman of Khyber Pakhtunkhaw government said that the project will solve traffic problems by providing comfortable transportation facilities to five hundred thousand people daily.
An official also said that heavy machinery was being used at the project. The official said his company had experienced engineers and skilled workforce to complete the project in time. He said the project would be competed as per its schedule, adding that the project had three sectors for smooth flow of traffic in the city.
The BRT project would help resolve traffic congestion in the provincial capital. The 26 kilometres project having 31 stations would be running about 14.9km at grade, about 6km at elevated level and some 4.9km through tunnel.
It would also have additional features like 68 kilometres feeder bus route service, high standard bus stops at about seven feeder routes with shelter and advanced passenger information system.
About 383 big and small buses from feeding area would ply on the main route.
Commercial area and one nine-storey plaza with parking and two three-storey parking plazas are also additional features of this project. The BRT will start from Chamkani via GT Road to Dabgari Gardens, Railway Road, Saddar, Stadium Chowk, University Road and end at Hayatabad. – APP