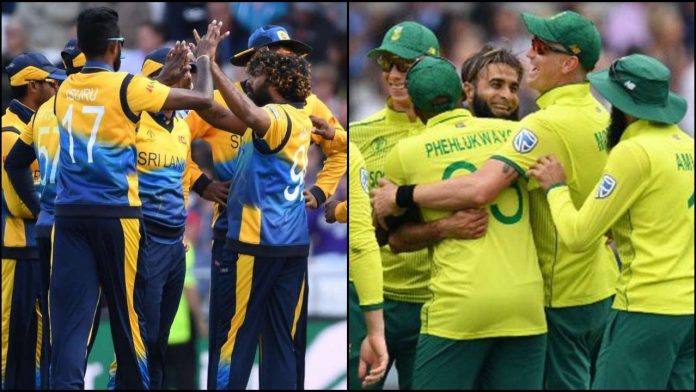 CHESTER-LE-STREET: Sri Lanka face South Africa in their World Cup clash at The Riverside in Chester-le-Street today.
Sri Lanka’s unpredictable win over England last Friday combined with England’s loss at the hands of Australia has opened the entryway for Sri Lanka for a spot in the semi-finals.
A win for Sri Lanka over South Africa today will open the race for the semi-finals.
The Islanders currently sit on the seventh spot with six points from six games just below Pakistan, who are also in the race for a place in the final four.
For Sri Lanka, veteran pacer Lasith Malinga has been the key, displaying his ability to flip the match around for his team under pressure. Malinga has been instrumental for Sri Lanka, picking seven wickets in those two matches against Afghanistan and England.
On the other hand, South Africa, have had a disastrous campaign that started with their key players being injured and ending with them crashing out of the tournament. This is just the second time since 1992, that they failed to go past the first round.
The match between Sri Lanka and South Africa will begin at 2:30pm Pakistan Standard Time.
Weather conditions in Durham
According to the forecast, the weather is expected to be a cloudy but dry morning with only a 10 per cent chance of rain. A full game between the two sides is expected.