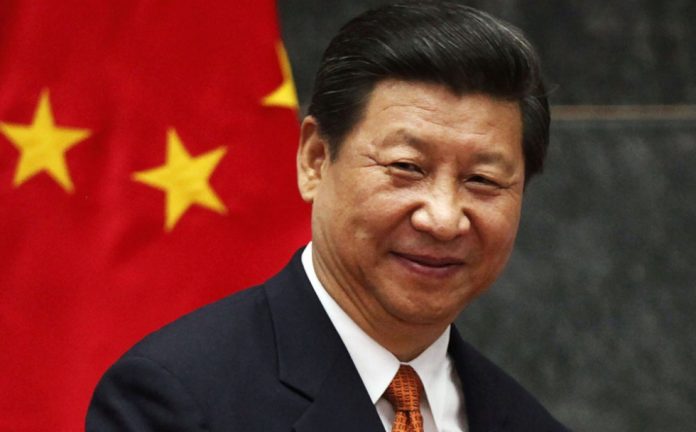 BEIJING: Chinese President Xi Jinping has been formally reappointed by the country’s Communist Party as its chairman and the head of the Politburo Standing Committee (PSC) for another five-year term.
The Communist Party on Wednesday announced the new makeup of the top decision-making body led by Xi, with Premier Li Keqiang identified as the only other member besides the president to retain his seat in the ruling PSC.
The five individuals elected as new PSC members in a closed-door meeting were the 67-year-old Xi confidant Li Zhanshu, 60-year-old chief of party organization department Zhao Leji, 63-year-old Shanghai’s Communist Party Chief Han Zheng, 62-year-old leading party theoretician Wang Huning, and the 62-year-old Vice Premier Wang Yang.
They replaced five retiring members that included the country’s anti-corruption chief and major Xi ally Wang Qishan.
The members of China’s Communist Party Politburo Standing Committee are seen at Beijing’s enormous Great Hall of the People on October 25, 2017. (Photo by AFP)
Some observers say the new PSC members are likely to have less influence than their predecessors under a newly-empowered Xi.
The 64-year-old Xi is widely regarded as China’s most powerful leader since Mao Zedong, the founder of modern China. Since rising to power in 2012, the Chinese president has led a signature anti-graft campaign.
Moreover, his eponymous political theory has been enshrined in the Communist Party constitution, making him the only Chinese leader after Mao to be given that status.
The ruling party gives President Xi Jinping a status unmatched by any Chinese leader in modern history except the country’s founder Mao Zedong.
Xi himself was elevated to the committee in 2007, when he was 54, and succeeded Hu Jintao as general secretary and president five years later.
His reappointment caps a twice-a-decade congress of the party, which has granted him a freer hand to achieve his ambition of turning China into a global superpower with a world-class military by mid-century.
The PSC will, however, face challenges that include reining growing levels of debt seen as the leading threat to economic stability and managing trade tensions with the US and Europe over China’s excess production of steel and other goods.
It will also have to tackle the risk of war over neighboring North Korea’s nuclear program, and steer fragile ties with Southeast Asian nations wary of Beijing’s expansion in the disputed South China Sea.
Xi has outlined his vision of enhancing the party’s role and leading China’s rise to prominence at a time when the US and its Western allies appear to be in decline. – Agencies