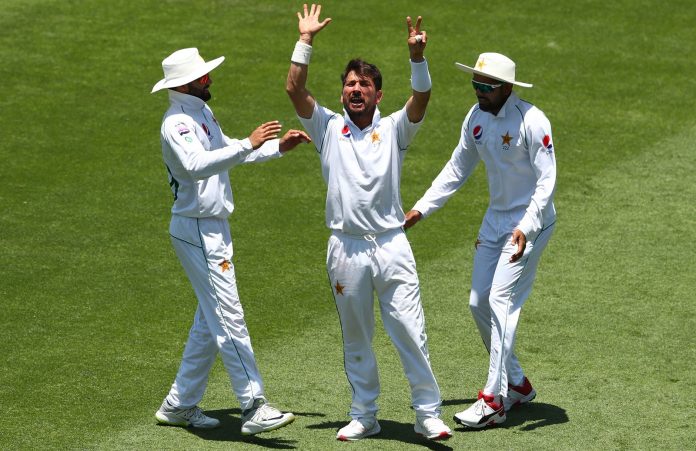 ISLAMABAD: Opening batsman Imam-ul-Haq believes leg-spinner Yasir Shah would play a key role for Pakistan in the 2nd Test against Australia beginning at the Adelaide Oval from Friday.
“Yasir can prove vital for Pakistan as the wicket at Adelaide was easy as compared to Brisbane and the bowl comes slow to the bat here,” he said in a Pakistan Cricket Board (PCB) video message.
Australia defeated Pakistan by an innings and 5 runs in the first Test at Brisbane.
Imam, who scored a maiden ODI century and was named man of the match on his ODI debut against Sri Lanka in October 2017, lauded the pace bowling attack of Pakistan saying the bowlers were bowling 140kph plus in the first test match and their momentum remained constant.
“Pakistan has a young bowling attack and the body language of the bowlers didn’t drop in the longer format game and they were coming strong each time,” he said.
Imam, who had scored 1,568, runs in 34 ODIs, said the team was very positive and would try their level best to put up a good show in the second Test. “I have been practicing hard and I am hopeful to score good runs in the second test,” he said.
He said the way Babar Azam and Mohammad Rizwan displayed outclass performances in the first test gave a boost to the whole team.
Babar and Rizwan played a brilliant 132-run partnership. Babar showed the class in his superb 173-ball innings, hitting 13 fours to achieve 104 runs while Rizwan made 95 off 145 balls with 10 fours.
Speaking about the pink ball to be bowled in the second Pakistan- Australia Test at Adelaide, Imam who had scored 483 runs in 10 Tests, said it was a very good initiative and the revival of Test cricket. “I am very excited for the pink ball and the crowd would love it,” he said. …APP