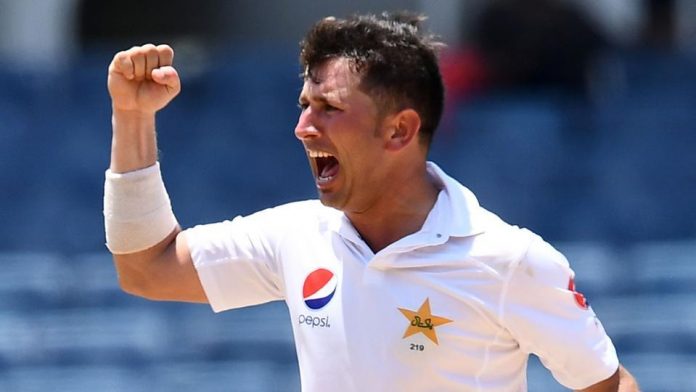 ISLAMABAD: Former captain Zaheer Abbas on Sunday pinned his hopes on leg-spinner Yasir Shah saying he will play a vital and match-winning role in the series-deciding third and final Test against New Zealand starting in Abu Dhabi from Monday.
Pakistan beat New Zealand in the second Test by an innings and 16 runs while the Kiwis were victorious in first Test when they beat Pakistan by 4 runs.
Talking to APP, Zaheer, who had two stints as captain of the national team in 1981 and 1984, said leg-spinner Yasir Shah will be the key in the series-deciding third and final Test against New Zealand.
Yasir who is set to become the fastest to reach 200 Test wickets needs just five wickets to break Australian leg-spinner Clarrie Grimmett’s record of completing 200 wickets in 36 Tests, way back in 1936.
Yasir’s 14 wicket match haul outplayed New Zealand to an innings and 16 runs defeat in the second Test in Dubai, he said.
Zaheer, also known as the Asian Bradman, said Pakistan team will have an upper hand over New Zealand in the final Test.
Pakistan will win the series after beating New Zealand in the third Test, he said.
Pakistan team’s confidence and morale is high after winning the second Test therefore we can expect a good outcome from our players in the final Test, he said.
Zaheer, also called the ‘Run Machine’, said Pakistani players must play the final Test with the same passion and zeal as they showed in the second Test.
There is a chance that Shaheen Afridi will be played in the final Test due to Muhammad Abbas’s injury, he said.