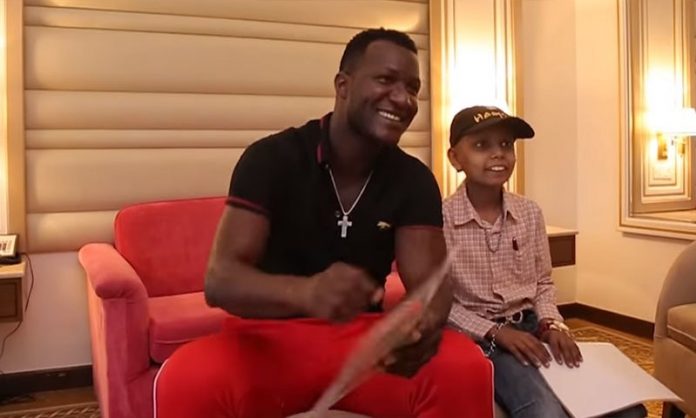 KARACHI: After Hamza, a cancer survivor, made a video saying it was his dream to meet Daren Sammy, the Peshawar Zalmi skipper reached out to meet his young fan.
In a video, Sammy is seen meeting Hamza, who brought his hero a drawing he made. Sammy and other Zalmi players signed a jersey for Hamza as well as notes wishing him strength and luck.
In a post shared on Twitter, the West Indies cricketer wrote: “Aspire to inspire … it looks like Hamza’s broad shoulders really did help me hit some sixes.”
He thanked the team for helping make Hamza’s dream come true.
Sammy is in Karachi for the Pakistan leg of the 2019 Pakistan Super League. He will lead his team in the final of PSL 4 as they face-off against the Quetta Gladiators tomorrow (March 17).