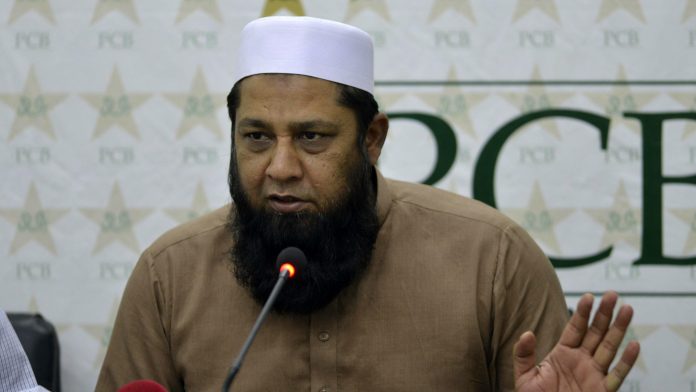 LAHORE: Former Test cricketer and current Pakistan cricket team’s chief selector Inzamam-ul-Haq said that the Pakistan Super League (PSL) has played an important role to teach young players that how to play in pressure situations.
In an interview, Inzamam said that playing in front of the huge crowd gives players a unique experience.
“PSL is different from domestic cricket because here a huge number of people come to the stadium to watch matches which indeed help players gain exposure,” he said.
Great batsman of his era, Inzamam said that the PSL has given talented players who have represented Pakistan strongly at international level.
“Young emerging players came through this platform and achieved worthy for the national team,” he said.
Inzamam also revealed that he has a close eye on some of the players who have done good so far in this season of the league. “I have found some of the impressive emerging players who can do well n future,” he said.
It is pertinent to mention here that the first phase of the fourth edition of the league has been completed as all teams have played five matches each. Quetta Gladiators are on top with eight points followed by Peshawar Zalmi and Islamabad United on second and third with same points (6) but different run rate.
Lahore Qalandars and Karachi Kings are placed at fourth and fifth respectively on the basis of run rate. Multan Sultans are at the sixth spot after winning just a match out of five matches they have played so far.