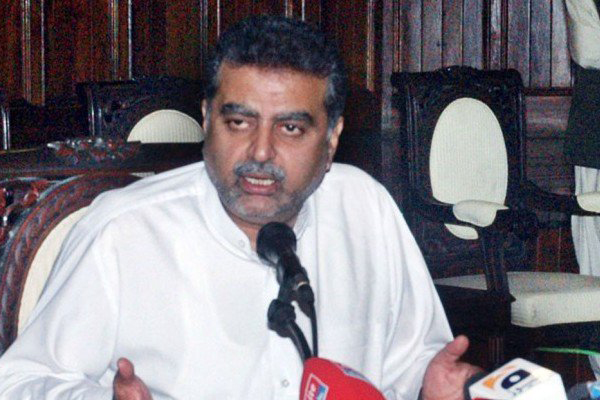 LAHORE: Former provincial minister and senior leader of PML-N Zaeem Qadri Thursday announced to contest elections as independent candidate from NA-133.
Addressing a press conference here at his office, Qadri he said that he could not polish the boots of Hamza Shahbaz and would fight against him.
Qadri lashed out at former chief minister of Punjab ShAhbaz Sharif, and his son Hamza Shehbaz, saying Lahore was not their property.
Qadri also announced to contest elections as an independent candidate from NA-133 after party leadership refused to give him a National Assembly ticket.
He also announced his independent candidates for two provincial assembly seats, PP-166 and PP-167 respectively.
Earlier on Thursday, PML-N leader and former railways minister Khawaja Saad Rafique and another party leader Rana Mashhood reached Township to placate the disgruntled Qadri.