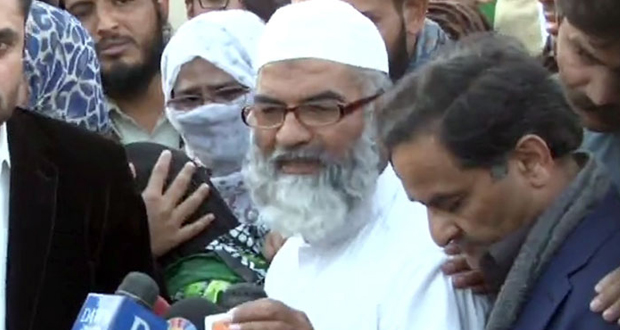 KASUR: Haji Ameen Ansari – father of the seven-year old Zainab who was raped and murdered in Kasur – on Friday moved the Supreme Court (SC) seeking security citing threats from the family of the convict Imran Ali.
Ansari in his a plea filed in the apex court has stated that Imran’s relatives were harassing them and demanded of the court to provide them with security.
He also demanded to arrest the facilitators of the convict.
Earlier, Imran Ali had claimed innocence in the case and filed an appeal against Anti-Terrorism Court (ATC) decision in LHC.
He said that legal requirements were not ensured as the proceedings were concluded in hurry.
On February 17, Imran was awarded four counts of death penalty by an anti-terrorism court after being convicted of the rape and murder of Zainab.
Seven-year-old Zainab went missing on January 4 on her way back to home from maternal aunt’s house. On January 8, her body bearing torture marks on nose, neck and other parts was found in a garbage dump in the city of Kasur.
Later, a post martem report confirmed that the minor girl was raped before being strangled to death.